It is getting worse.

It was on a winter's night. I lived close to the Psychiatric Hospital, that a just a year ago had opened in a former hotel. Since I was out of light for my cigarette – I am sorry for that, but I smoke cigarrettes – I ventured to see if somebody at the hospital's  emeregency room had some light.

As soon I had entered the room, which was relatively small, and where to unlucky people sat on each of the too-long benches available, I realized my mistake.

The one, who was a well-dressed man in his 40-ies, was quarrelling with another man, who looked very sick: his face was pale, and he was trembling, and saliva was dribbling from his open mouth.

-Oh, sorry! I said, after that, both men went silent.

At the far end of the room, there was a door and by the door at the glass window, behind which a nurse or some person like that sat, silently watching what was going on in the recieving-room of the hospital. Maybe she was the one, whos job it was to decided who was going to be let in to see the doctor. I don't know.

The two-man, on the other hand, were both very active, and now they turned tom e and said:

They at once seemed to have all forgot the quarrel, that had occupied them just moments before.

The one who was dribbling said: 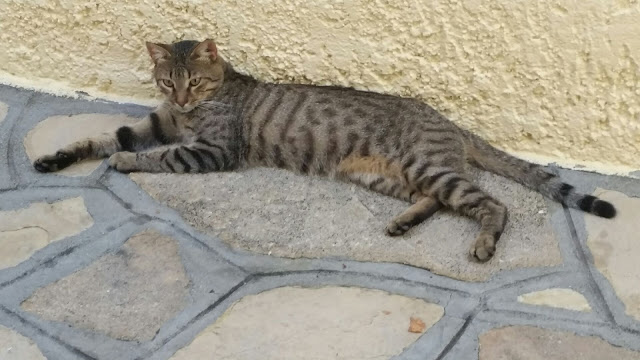